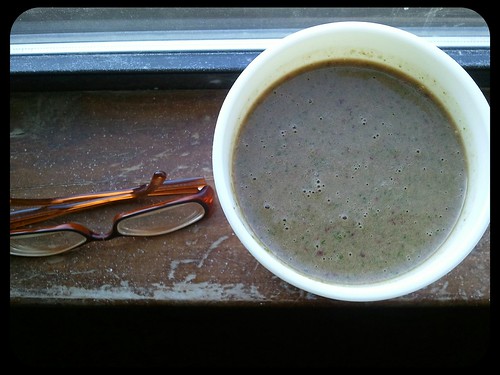 I have had so much success with adding spinach to smoothies without negatively affecting the flavor, that I decided to become more adventurous… For context, I am not a fan of raw carrots. I love cooked carrots, particularly in curries and other savory dishes. Raw carrots are hard for me to stomach, however. In spite of this, I decided to attempt something similar to the 20/20 shake from [never home]maker. Because of my aversion to raw carrots, I used 2 carrots instead of 3, and probably quadrupled the amount of peanut butter. I did not add any sweetener like the maple syrup suggested.

While friends could smell the peanut butter mixed with the carrot, all I could smell or taste was the raw carrot flavor. I was able to stomach about half a batch, trying to work on it throughout the whole work day. I was not able to get myself to finish the whole batch, though. The color is really beautiful and striking, pictured below. I would like to make more shakes with nice colors instead of ones that look mostly brown and green. 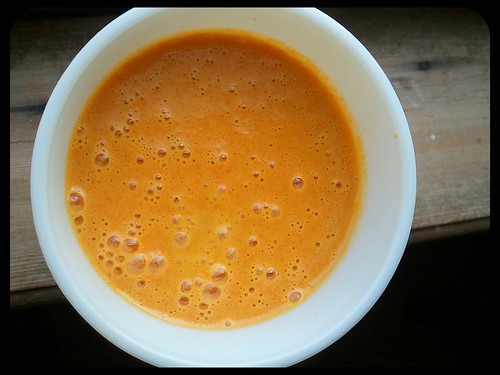 After my failure with the carrot smoothie, I decided to go back to something more familiar. I made a chocolate/nutella, strawberry, banana, and spinach smoothie. This was the first time I’ve tried using bananas. The banana flavor overwhelmed the other flavors for me, so I will probably use less banana in the future. Overall, though, it was still an enjoyable smoothie. 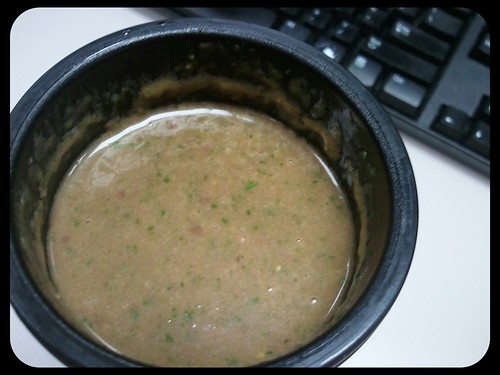 I wanted to taste the strawberries more, so I forewent the bananas completely today. I also wanted to cut back on using chocolate every time. This smoothie is spinach, strawberry, and peach (from frozen yogurt). The color and visual texture is not very appetizing, but it tastes delicious! 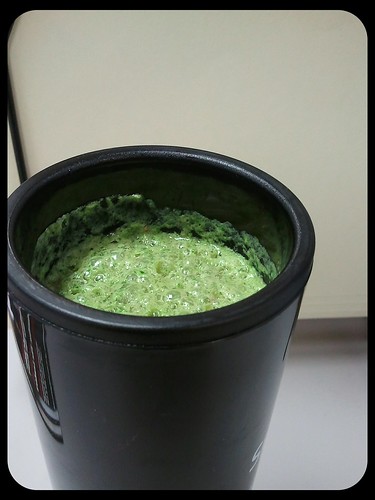 If you would like full recipes of any of the listed smoothies, please let me know!