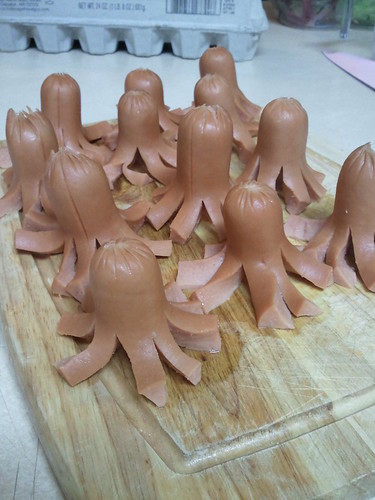 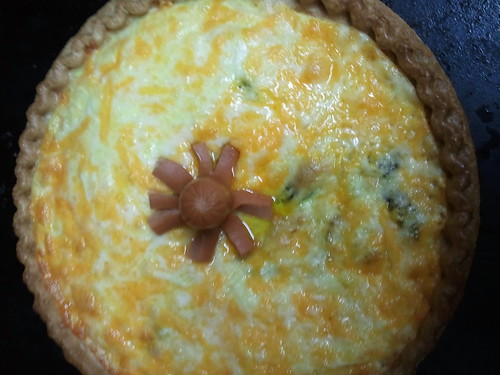 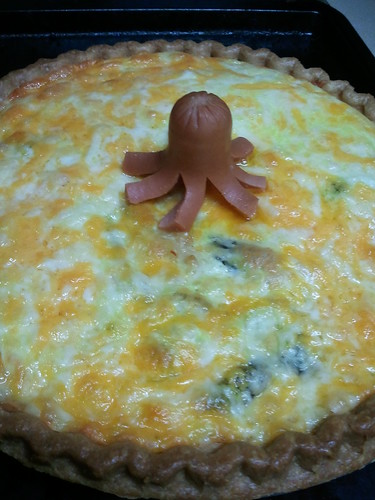 Tonight’s food club theme was “raw food.”  I brought all my components in containers so I could frost the cake when we got together.

All the food was delicious, check out this Flickr for more pictures!

While I had fun with raw food this evening, I don’t think it’s something I could do as a lifestyle, or even often.  It’s kind of exhausting remembering which nuts/legumes/etc. have already been cooked at high heat before I even buy them.  It did help me be more mindful of my food, though, which is generally great!

Sorry I didn’t include Brandon’s dessert.  I didn’t get a picture of it, and couldn’t remember what it was called 🙁

Food club again tonight!  Our theme this week was “breakfast for dinner.”  The weather was beautiful today, so we ended up eating outside.

Some of the foods we had were bread pudding, coffee cake, gelato (is this breakfast food?), homemade donuts, non-homemade donut holes, berry bread and banana bread, biscuits and homemade chocolate gravy (or jelly if you preferred), scrambled eggs with fresh roma tomatoes and cheese, and cereal bars.  I am probably forgetting some things, but that’s what I remember off the top of my head.  Apparently I mostly attend these things when we’re having particularly sugary foods (odd since in general I prefer savory food).

I had a ton of fun.  I met a couple new people, and saw friends with whom I spend less time than I’d like.  Due to the temperature, there were few issues with bugs.  A few moths visited the table, though, especially when we brought out the lamp.  We needed the lamp because we stayed out chatting and eating until after it was dark.

I think next week we’re going to try raw foods.  I want to try this recipe, but I’m going to try to find out if it will be fine if I substitute non-coconut oils and flours because I think someone in the group is allergic to coconut stuff.  Food night is a fun way to break up the week, and a bigger incentive to cook (rather than just microwaving some food/leftovers).  Yummy fun!